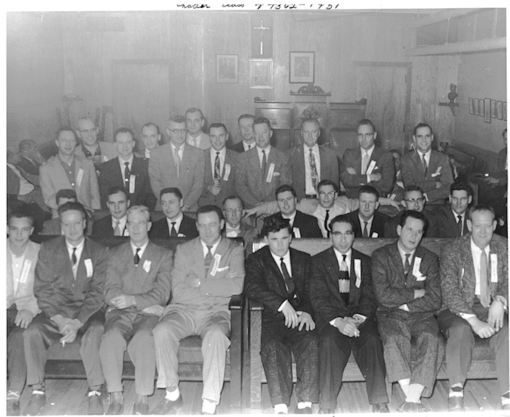 The Charter Members were:

Ground was broken for our Grand Knights Hall on June 13, 1965.  Several years later the North Hall was constructed by the members thru their blood and sweat.  Both halls stand proudly to this day!